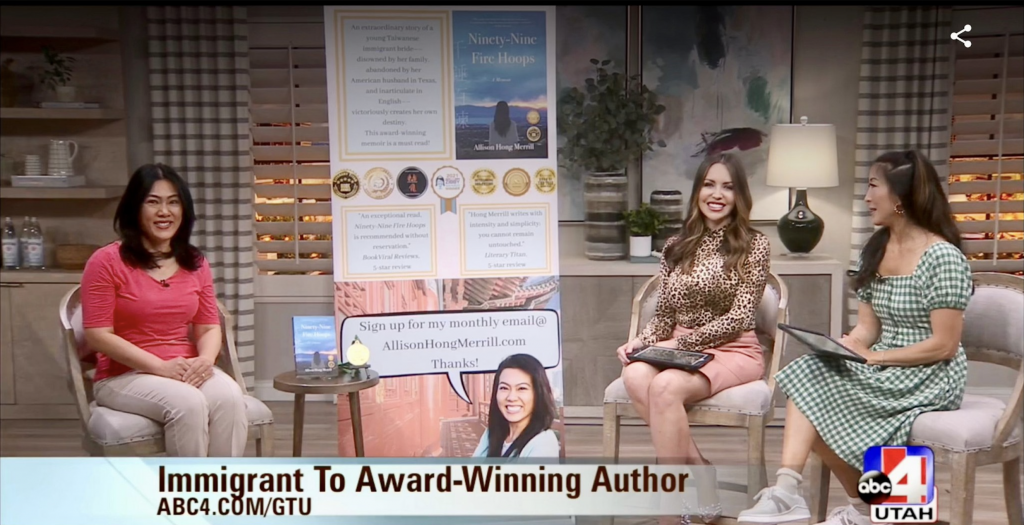 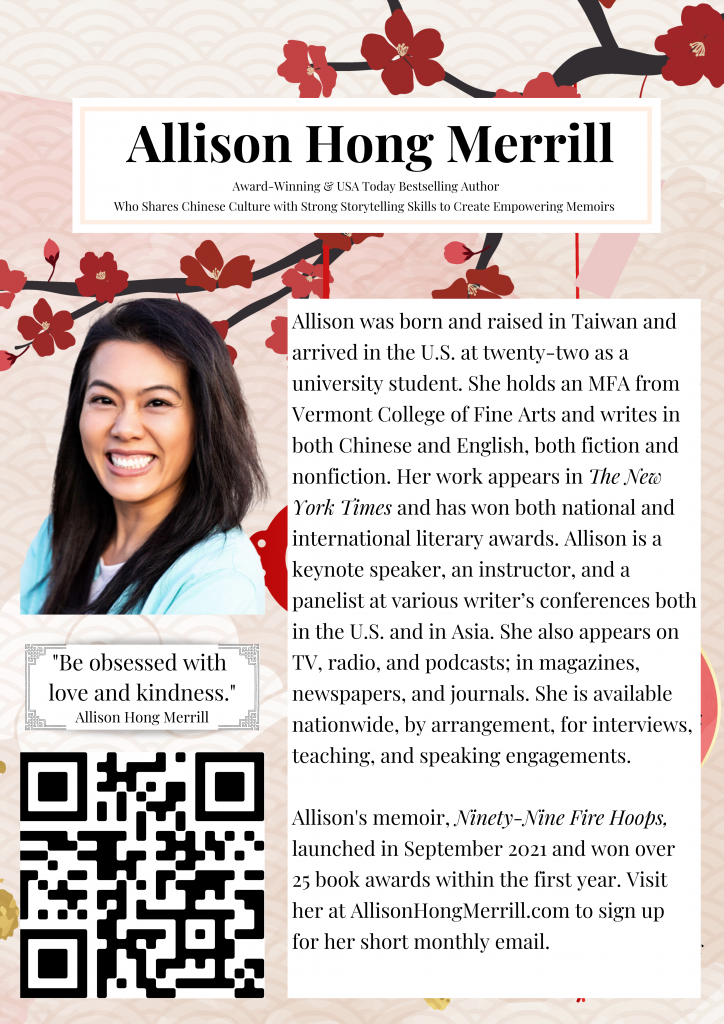 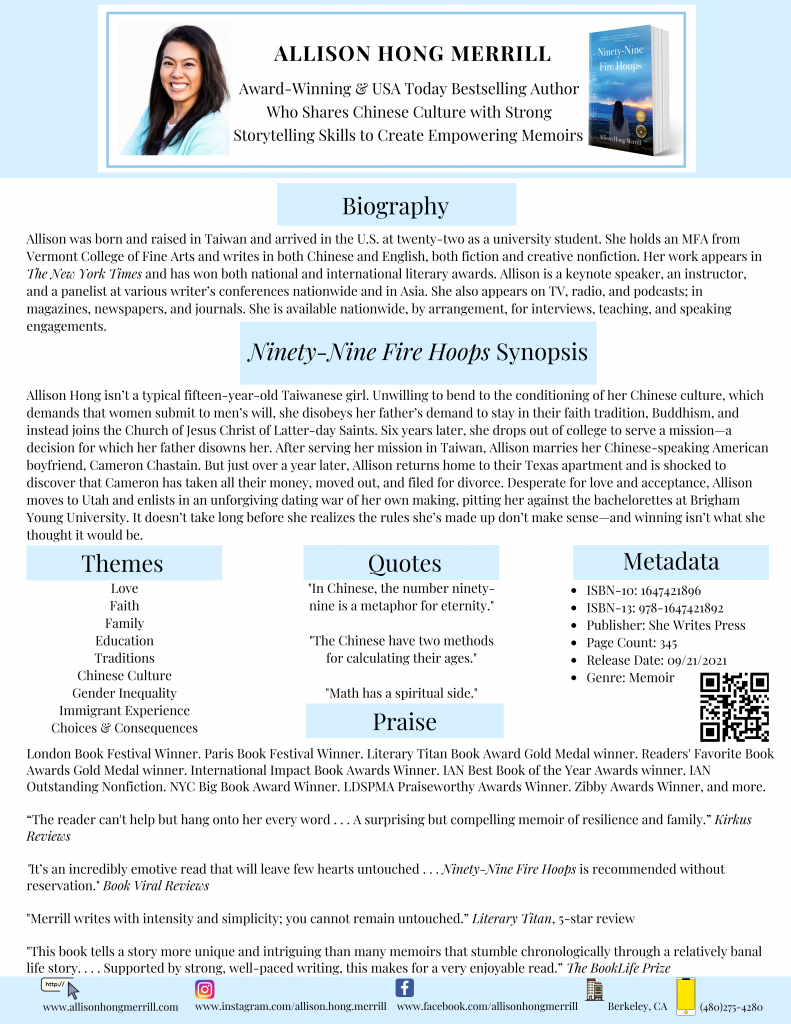 SALT LAKE CITY, UT (September 21, 2021) – Since the beginning of the current global pandemic, Asian Americans have faced an increase in racist violence at a much higher rate. Some believe a contributing factor is the pervasiveness of the “model minority” myth –– Asian Americans are more successful than other ethnic minorities because of hard work, education, and inherently law-abiding natures. This myth has created a false narrative that Asian Americans do not struggle or face racial discrimination.

Author Allison Hong Merrill believes that life is a summary of individual choices. Ninety-Nine Fire Hoops is about the power of choice, illustrated by Merrill’s experience as an abandoned Taiwanese immigrant in the U.S., her subsequent hardships, and how her choice to break away from cultural expectations enables her to create her own destiny. This book is for anyone who has struggled with gender inequality, racism, and immigrant injustice. 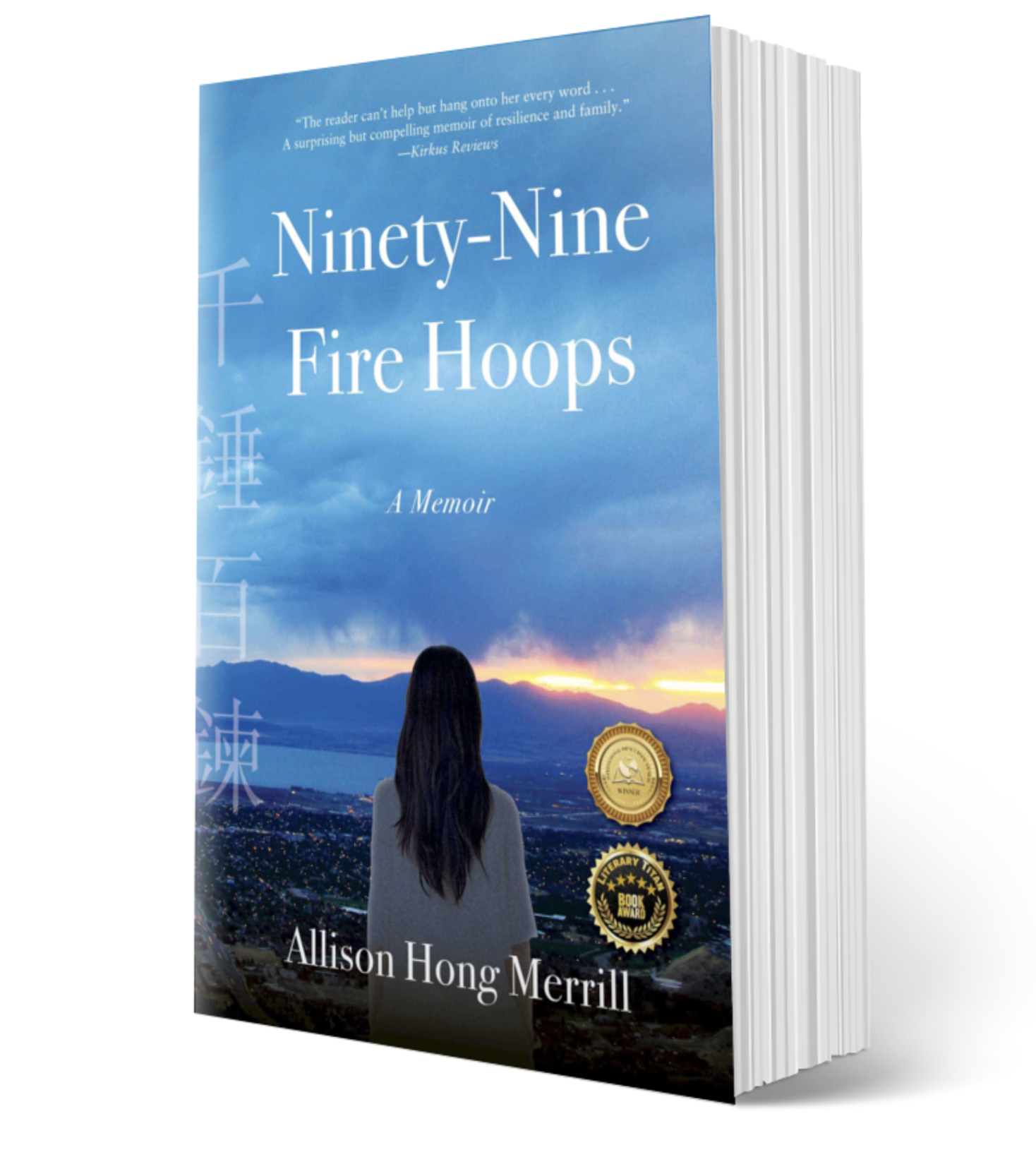 “Ninety-Nine Fire Hoops is an enthralling and thought-provoking memoir. . . . [A] charming aspect of the book is the beautiful representation of Taiwanese culture and Chinese history. Extensive details of rituals and traditions feel exotic. . . . Merrill writes with intensity and simplicity; you cannot remain untouched.”––Literary Titan, 5-star review

“It’s a feat to which many memoir authors might aspire, but few achieve with such faultless finesse with Merrill refusing to cast herself in the role of victim. . . . An exceptional read, Ninety-Nine Fire Hoops is recommended without reservation.”––BookViral Reviews, 5-star review

Allison Hong Merrill is a Taiwanese immigrant. She earned an MFA from Vermont College of Fine Arts and writes in both Chinese and English, both fiction and nonfiction. Her work has won both national and international literary awards. She is a keynote speaker, an instructor, and a panelist at various writer’s conferences both in the U.S. and in Asia. She also appears on TV, radio, and podcasts; in magazines, newspapers, and journals. She is available nationwide, by arrangement, for interviews, teaching, and speaking engagements. 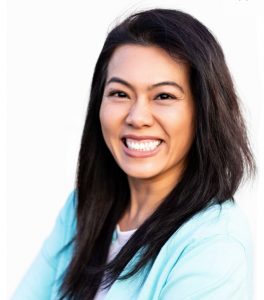 The competition is judged by experts from different aspects of the book industry, including publishers, writers, editors, book cover designers and professional copywriters. Selected award winners and distinguished favorites are based on overall excellence. 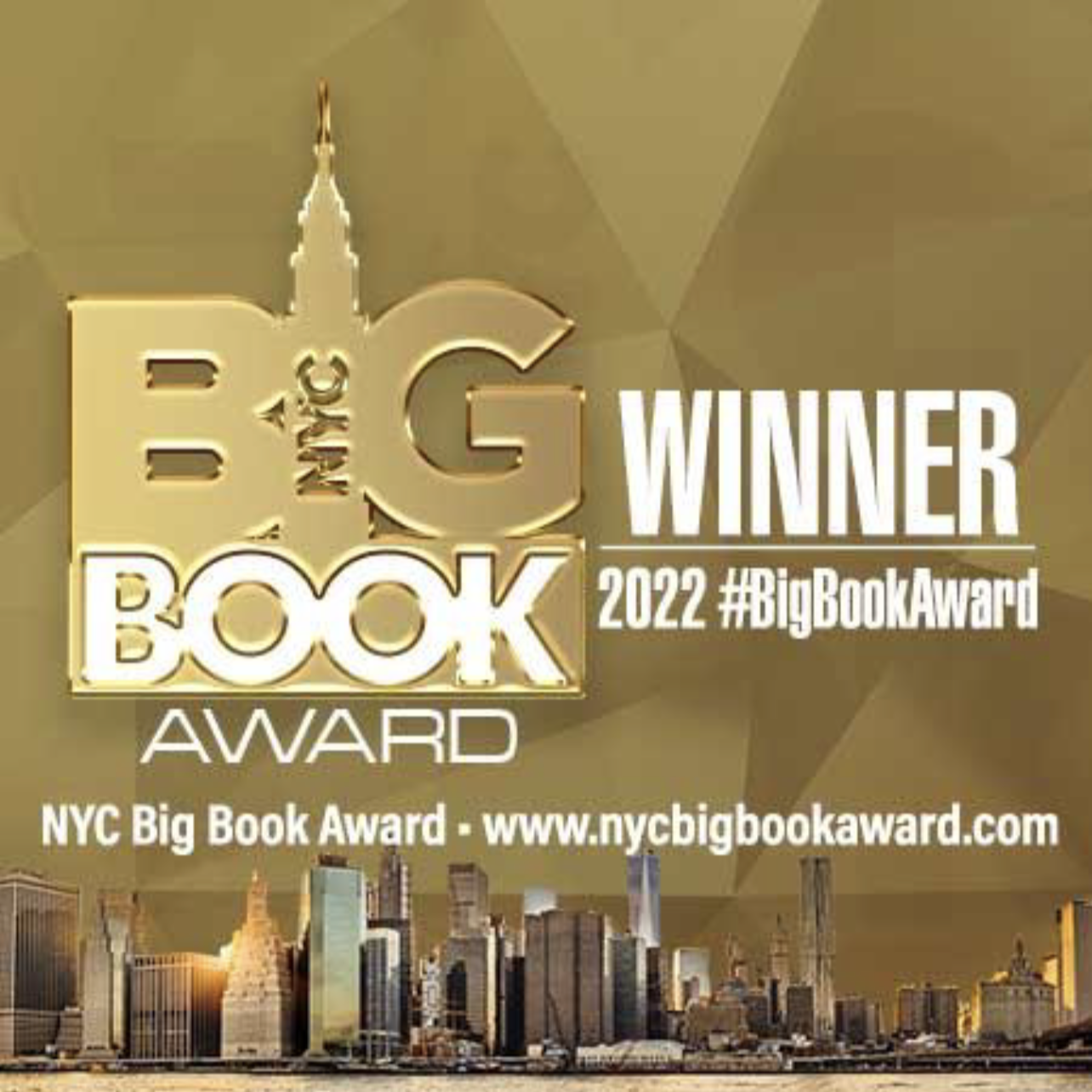 A Taiwanese immigrant bride––disowned by her father, abandoned by her American husband in Texas, and inarticulate in English––victoriously creates her own destiny. Ninety-Nine Fire Hoops is an extraordinary true story about this strong woman of color determined to defy gender inequality and racism to chart her own path.

“We are elated to highlight these authors’ books, recognize their excellence, and share their achievements.” said awards sponsor Gabrielle Olczak. With our newly formatted website and expanded reach, “We look forward to showcasing these titles to a larger audience.” 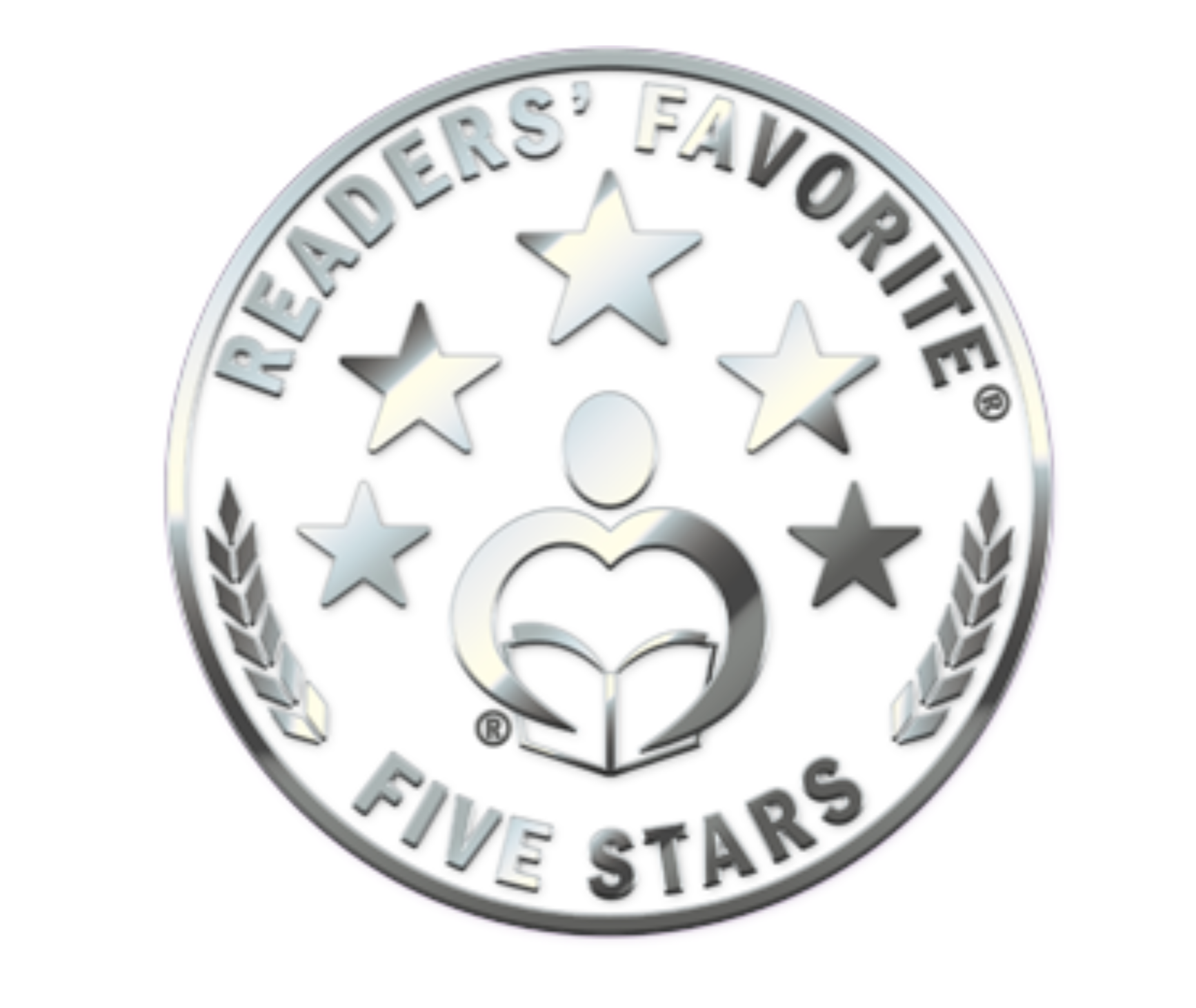 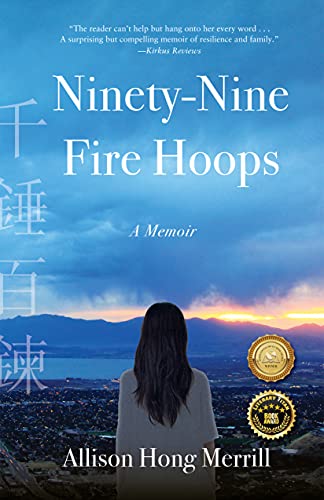 Readers’ Favorite is one of the largest book review and award contest sites on the Internet. They have earned the respect of renowned publishers like Random House, Simon & Schuster, and Harper Collins, and have received the “Best Websites for Authors” and “Honoring Excellence” awards from the Association of Independent Authors. They are also fully accredited by the BBB (A+ rating), which is a rarity among Book Review and Book Award Contest companies.
Reviewed By Cecelia Hopkins for Readers’ Favorite

“Ninety-Nine Fire Hoops by Allison Hong Merrill begins with an abusive childhood in Taiwan, where one of the few rays of hope is cast by Mormon missionaries. Allison’s father disowns her for accepting the faith of The Church of Jesus Christ of the Latter-day Saints instead of traditional ancestor worship. Allison learns English and achieves a university entrance. However, she delays finishing her degree to marry Cameron and move to America. In America on a student visa, she is destitute when Cameron abandons her and cleans out their joint account. Seeking aid from the church, she transfers to Brigham Young University. After a couple of dating mistakes, she meets the lovely man she believes God has destined for her.

Ninety-Nine Fire Hoops by Allison Hong Merrill is a poignant and compelling memoir. Some of the incidents are challenging, including vivid descriptions of poverty, abuse, and cultural clash. Merrill wrote so persuasively that I was able to identify with her every experience. The viewpoint she presented was uniquely centered in religion and ethnicity yet was universal as the skillful words touched on the basics of human motivation. I finished reading the story with tears in my eyes, as it was one of the most expressive accounts I have ever read. Merrill opened my eyes to the vulnerability of the immigrant experience and impressed me with the young woman’s determination to succeed. I can recommend Ninety-Nine Fire Hoops by Allison Hong Merrill for anyone who enjoys a combination of women’s literature and a human interest story.”

You can learn more about Allison Hong Merrill and Ninety-Nine Fire Hoops at https://readersfavorite.com/book-review/ninety-nine-fire-hoops where you can read reviews and the author’s biography, as well as connect with the author directly or through their website and social media pages.